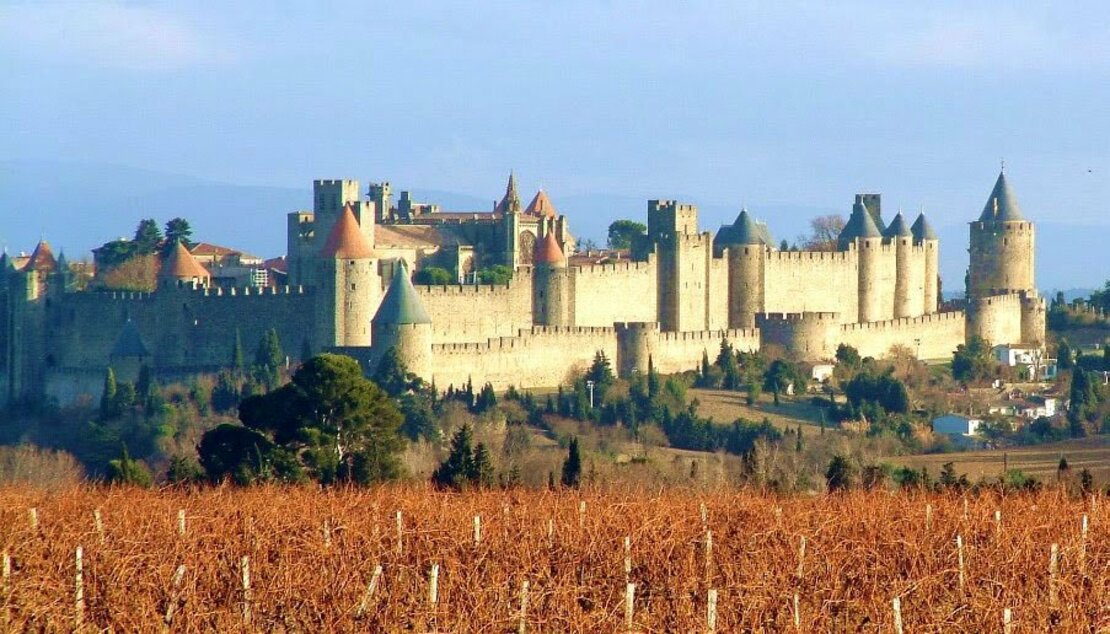 What do we make of the Medieval period between ancient Greece and Rome? In the 19th century architects and theorists faced this question, as Romanticism was beginning to fade.

We last reviewed the architecture of George Ingham Barnett a few weeks back. He brought Neoclassicism to St. Louis. Neoclassical architecture was, like its cousin, the Greek Revival, the logical expression of American democracy. Representative government was possible within the walls of buildings that were shaped by the birthplace of democracy. Religious freedom was also more appropriate in buildings that were not modeled after the European state-controlled churches of Europe. The Old Cathedral and St. Mary of Victories.

However, styles changed, and new European architects would help Americans like more “distasteful” styles. This revival of Medieval architecture was triggered by the rise of Romanticism. It was a reaction against Neoclassicism’s emotional sterility. Romanticism, in addition to being a focus on emotion, also focuses on breaking the rules. It is against the rigid order of classical architecture and encourages a wild, uncontrolled spirit to return to Europe. Romanticism was born in the 19th century and grew out of the newfound confidence in German culture after Napoleon’s defeat in 1918. The Emperor was himself a great Neoclassical monument builder, including the Arc de Triomphe Column and the Vendome Column. For German, French, and English builders, it was once again in fashion to embrace Romanesque and Gothic styles, long criticized by Renaissance architects and theorists.

Karl Friedrich Schinkel was one of these energized architects. He began his distinguished career as a Neoclassicist. He was a painter (the Saint Louis Art Museum contains a magnificent triple portrait of his children), before deciding to turn his attention to architecture. After the defeat of Napoleon, the rising northern German power was guided out of the Rococo style by him. He then adorned Berlin with important Neoclassical monuments. Schinkel’s Altes Museum was completed in 1830. It displayed the royal art collections. Later, it served as a visual guide for the central square. This inspired our Soldiers’ Memorial in St. Louis.

Schinkel’s Friedrichswerderscherkirche, completed the following year, became the first Gothic Revival church in Berlin. It broke away from the strict Neoclassical formalism Frederick the Great had established in the ceremonial center of Berlin the previous century. The Friedrichswerderscherkirche was just a church for the Frederick Quarter, the first suburb of early modern Berlin, built inside the fortifications wall several centuries before. This is not your average church. It not only revives the Gothic style but also brings brick, a beloved Northern German building material to Berlin out of pride and poverty. Schinkel had supposedly visited England to see the early Industrial Revolution factories. These experiences inspired Schinkel to bring back that building material from Berlin. The rich red brick that was a symbol for St. Louis could be easily adapted to the Gothic Revival’s popularity, with its pointed arches filled in stained glass provided by Emil Frei & Associates. The philosophical children of Schinkel, St. Louis include the sadly deceased Bethlehem Lutheran as well as St. Liborius.

At the height of his career, Schinkel was a Romantic. John Ruskin was born in 1819 in England. Ruskin is well-known for his art criticism and his support of painting the Renaissance. However, his impact on architecture was extraordinary. He argued that the Gothic style is the purest and most beautiful type of architecture in his 1849 Seven Lamps of Architecture. Buildings that symbolize the seven “lamps”, Truth, Power and Beauty, Life, Memory, and Obedience, are the best. His deep religious beliefs influenced his preference for Gothic architecture. Both its supporters and critics agree that it is far removed from the pagan-influenced architecture of Greco-Roman civilization and the European Renaissance. The three-volume Stones of Venice was Ruskin’s next effort. He argued that the Gothic architecture of Venice provided the perfect inspiration for the English Gothic Revival. Ruskin’s legacy is unclear to me. He seems incapable of reconciling his constantly shifting tastes with a final, coherent legacy. (These days, Ruskin’s name is rarely mentioned outside academia, where he is the subject of many sly jokes.

Eugene-Emmanuel Viollet-le-Duc was another 19th-century European architect who loved Gothic architecture. He was born in 1814, one year before Napoleon’s defeat in Waterloo. If you have ever been to Paris, you will appreciate Viollet -le Duc’s legacy. What you saw wasn’t the work of a medieval architect but Viollet -le Duc. It’s clear that Notre Dame de Paris, along with many other French chateaux and churches, was at least 600 years old by the 19th Century. The French Revolution had also brutally abused these masonry buildings at the very time they needed loving care. Gothic construction is prone to collapse and kick out of its inherent structural flaws. That’s why they have flying buttresses. Viollet–le-Duc was able to restore many of these important works of architecture after France settled down under Napoleon III.

He also took artistic liberties. He also maintained in his Discourses about Architecture that it is better to renovate buildings into their best appearance than their original appearance. It is not worth looking at a building that isn’t perfect when you can see its perfect Platonic form. Notre Dame de Paris receives a new fleche spire that will replace the one that was destroyed. The incredible fortress-city Carcassonne is given new conical roofs in Disneyesque style to cover its turrets.